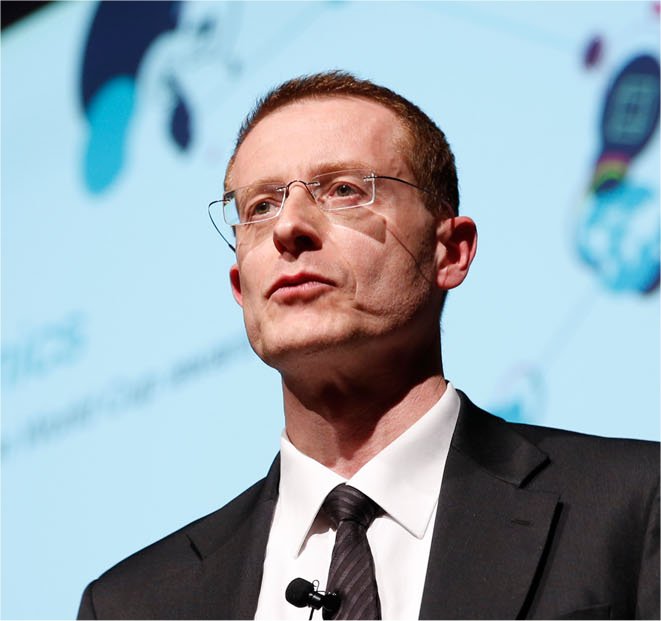 In this new “onlife” era, in which the distinction between online and offline has become largely irrelevant, ST is in constant pursuit of higher levels of integration for its intelligent sensors hardwiring embedded Neural Networks. Because through these sensors, personal electronics devices will learn to make your life easier, industrial machinery can deliver even greater levels of productivity and reliability, and fully electric autonomous vehicles shall become a mainstream reality.

Andrea Onetti is Group Vice President in the Analog, MEMS and Sensors Group and General Manager of ST’s MEMS Sensors Division and has held this position since February 2016.
Onetti joined STMicroelectronics’ R&D Lab in Castelletto, Italy, in 1990, as a designer of mixed-signal audio IC’s and moved into Product Management five years later, in charge of Marketing for Consumer Audio. Under his leadership, his organization became a Product Division and Onetti’s scope was enlarged to include management of planning, operation, and quality of audio products. In 2011, ST created the Audio and Sound Business Unit, targeting the whole audio chain, from detectors (MEMS microphones) to transducers (MEMS speakers), under Onetti’s charge. Most recently, he added responsibility for the Analog and Audio Systems Division, including catalog analog standard products.
Onetti has several patents for analog circuit implementations in the Audio domain.
Andrea Onetti was born in Pavia, Italy, in 1965, and graduated with a Degree in Microelectronics from University of Pavia.