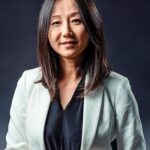 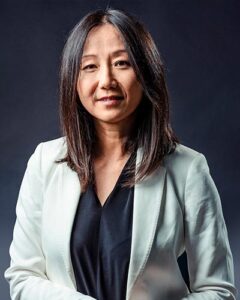 Skin is the body’s largest organ, and is responsible for the transduction of a vast amount of information. This conformable, stretchable, self-healable and biodegradable material simultaneously collects signals from external stimuli that translate into information such as pressure, pain, and temperature. The development of electronic materials, inspired by the complexity of this organ is a tremendous, unrealized materials challenge. However, the advent of organic-based electronic materials may offer a potential solution to this longstanding problem. Over the past decade, we have developed materials design concepts to add skin-like functions to organic electronic materials without compromising their electronic properties. These new materials and new devices enabled arrange of new applications in medical devices, robotics and wearable electronics. In this talk, I will discuss several projects related to engineering conductive materials and developing fabrication methods to allow electronics with effective electrical interfaces with biological systems, through tuning their electrical as well as mechanical properties. The end result is a soft electrical interface that has both low interfacial impedance as well as match mechanical properties with biological tissue. Several new concepts, such as “morphing electronics” and “genetically targeted chemical assembly - GTCA” will be presented.

Prior to joining Stanford in 2004, she was a Distinguished Member of Technical Staff in Bell Labs, Lucent Technologies from 1995-2004. She received her Ph.D in Chemistry from the University of Chicago in 1995. Shehas over 550 refereed publications and over 65 US patents with a Google Scholar H-Index >160.

Bao was selected as Nature’s Ten people who mattered in 2015 as a “Master of Materials” for her work on artificial electronic skin. She was awarded the inaugural ACS Central Science Disruptor and Innovator Prize in 2020, the Gibbs Medal by the Chicago session of ACS in 2020, the Wilhelm Exner Medalby Austrian Federal Minister of Science 2018, ACS Award on Applied Polymer Science 2017, the L'Oréal-UNESCO For Women in Science Award in the Physical Sciences 2017, the AICHE Andreas Acrivos Award for Professional Progress in Chemical Engineering in 2014, ACS Carl Marvel Creative Polymer Chemistry Award in 2013, ACS Cope Scholar Award in 2011, the Royal Society of Chemistry Beilby Medal and Prize in 2009, the IUPAC Creativity in Applied Polymer Science Prize in 2008.

Bao is a co-founder and on the Board of Directors for C3 Nano and PyrAmes, both are silicon-valley venture funded start-ups. She serves as an advising Partner for Fusion Venture Capital. 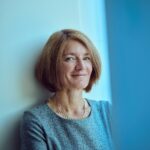 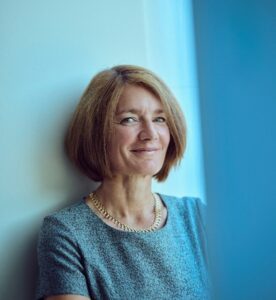 Our research center of excellence ‘IDUN’ combines research in nanosensors/centrifugal microfluidics and microfabricated devices for oral drug delivery. This allows us to explore the synergy between sensor development and search for new pharmaceutical delivery tools and materials. I will show examples of recent findings and results within drug/polymer characterization, microdevices for drug delivery and diagnostics. Also, new applications within therapeutic drug monitoring using Surface Enhanced Raman Scattering will be presented as well as sensor integration with centrifugal microfluidics platforms.

Anja Boisen is head of section and professor at department of Health Technology, Technical University of Denmark. Also, she is heading a DNRF and Villum Centre of Excellence named ‘IDUN - Intelligent Drug Delivery and Sensing Using Microcontainers and Nanomechanics’. Her research group focuses on development and application of micro and nano mechanical sensors and microfabricated systems for oral drug delivery. Anja is cofounder of companies Cantion, Silmeco BluSense Diagnostics and LightNovo. She is among others member of the board of the Leo Foundation, the board of Villum Foundation, the Danish Academy of the Technical Sciences and the Royal Danish Academy of Sciences. In 2008 she was awarded the largest research prize in Denmark, the Villum Kann Rasmussen award and in 2012 she was awarded the EliteForsk Award from the Danish ministry of Research, Innovation and Higher Education. In 2013 she received the ‘Sapere Aude – top researcher award’ from the Danish Council for Independent Research. Recently, in 2020 she was awarded the Order of Dannebrog by her Majesty the Queen of Denmark. 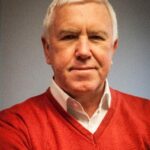 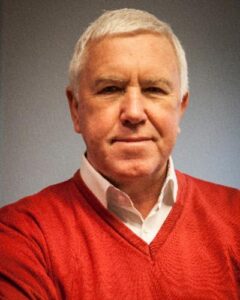 In this lecture, we will discuss laser-based techniques applied for precise generation of 3D scaffolds for tissue engineering and for printing living cells and microorganisms into 3D patterns.

For arranging cells in 3D patterns, laser-assisted bioprinting (LAB) based on the laserinduced forward transfer process is used. Different cell types, including primary cells, stem cells, and iPS cells embedded in hydrogels as extra-cellular matrix, have been printed. Our current progress in laser printing of microorganisms will be also discussed.

Both 2PP and LAB techniques are capable of advancing 3D cell culture towards CAD defined and precisely arranged 3D cell models and “organ-on-chip” systems. Printed tissue, for example skin, can be used for analyzing the effect of agents like pharmaceuticals or cosmetics ex vivo and, by applying human primary cells, it might be applied instead of animal tests.

Graduated with honors and received PhD in Physics from Moscow Institute of Physics and Technology in 1981. Started his scientific carrier at P.N. Lebedev Institute of Physics, Russian Academy of Sciences in Moscow and later worked in many research centers worldwide. At present, he is Professor of Physics at Leibniz University Hannover, Institute of Quantum Optics and Chair of Nanoengineering. 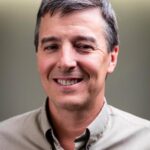 Mechanical Assembly as a Route to 3D Micro/nanosystems 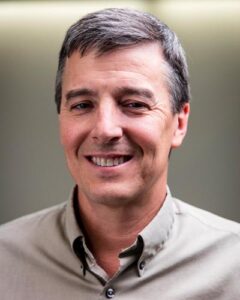 Complex, three dimensional (3D) assemblies of micro/nanomaterials form naturally in biological systems, where they provide sophisticated function in even the most basic forms of life.  In spite of their broad potential utility in man-made devices, design options for analogous abiotic 3D mesostructures are severely constrained by the comparatively primitive capabilities that are available with established techniques for materials growth, assembly and 3D printing.  This talk summarizes progress on strategies that rely on geometric transformation of preformed 2D functional micro/nanostructures into 3D architectures by controlled processes of actively induced compressive buckling.  The emphasis is on the foundational materials and mechanics principles, computational approaches that enable inverse designs, and examples of applications in areas ranging from thermoelectrics to microelectromechanical systems to biologically inspired open mesoscale microfluidic/electronic networks as functional interfaces to 3D cell cultures, including spheroids, organoids, assembloids and mini-brains.

Professor John A. Rogers obtained BA and BS degrees in chemistry and in physics from the University of Texas, Austin, in 1989.  From MIT, he received SM degrees in physics and in chemistry in 1992 and the PhD degree in physical chemistry in 1995.  From 1995 to 1997, Rogers was a Junior Fellow in the Harvard University Society of Fellows.  He joined Bell Laboratories as a Member of Technical Staff in the Condensed Matter Physics Research Department in 1997, and served as Director of this department from the end of 2000 to 2002.  He then spent thirteen years on the faculty at University of Illinois, most recently as the Swanlund Chair Professor and Director of the Seitz Materials Research Laboratory.  In the Fall of 2016, he joined Northwestern University as the Louis Simpson and Kimberly Querrey Professor of Materials Science and Engineering, Biomedical Engineering and Medicine, with affiliate appointments in Mechanical Engineering, Electrical and Computer Engineering and Chemistry, where he is also Director of the recently endowed Institute for Bioelectronics.  He is a member of the National Academy of Engineering, the National Academy of Sciences, the National Academy of Medicine, the National Academy of Inventors and the American Academy of Arts and Sciences. 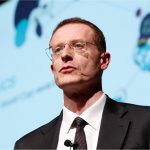 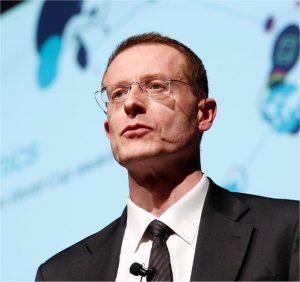 In this new "onlife" era, in which the distinction between online and offline has become largely irrelevant, ST is in constant pursuit of higher levels of integration for its intelligent sensors hardwiring embedded Neural Networks. Because through these sensors, personal electronics devices will learn to make your life easier, industrial machinery can deliver even greater levels of productivity and reliability, and fully electric autonomous vehicles shall become a mainstream reality.

Andrea Onetti is Group Vice President in the Analog, MEMS and Sensors Group and General Manager of ST’s MEMS Sensors Division and has held this position since February 2016.
Onetti joined STMicroelectronics' R&D Lab in Castelletto, Italy, in 1990, as a designer of mixed-signal audio IC’s and moved into Product Management five years later, in charge of Marketing for Consumer Audio. Under his leadership, his organization became a Product Division and Onetti’s scope was enlarged to include management of planning, operation, and quality of audio products. In 2011, ST created the Audio and Sound Business Unit, targeting the whole audio chain, from detectors (MEMS microphones) to transducers (MEMS speakers), under Onetti’s charge. Most recently, he added responsibility for the Analog and Audio Systems Division, including catalog analog standard products.
Onetti has several patents for analog circuit implementations in the Audio domain.
Andrea Onetti was born in Pavia, Italy, in 1965, and graduated with a Degree in Microelectronics from University of Pavia. 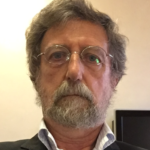 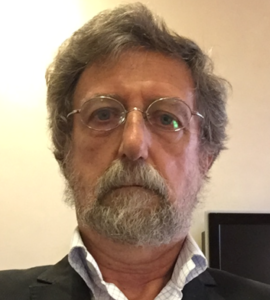 With the word “exposome” we refer to the sum of all exposures (from conception onwards) of an individual, with particular focus on critical periods of life, e.g. in utero or in childhood. This is a new branch of environmental epidemiology that couples large population studies with technological developments, including the use of “sensors” and the measurement of molecules in the body. In the Molecular Signatures and Disease Pathways programme at the MRC Centre for Environment and Health we aim to improve our understanding of the causal link between exposures to common environmental contaminants and diseases, by characterizing the individuals’ external and internal exposome.

The ultimate goal of this research is to reduce uncertainties in assessing the risk related to common environmental contaminants, by characterising the molecular signatures (biomarkers) of these exposures and identifying plausible pathways or networks through which they lead to disease initiation or progression. We are also exploring new approaches to measuring external exposures, including the use of silicone wristbands and other sensors.

Paolo Vineis is Chair of Environmental Epidemiology at Imperial College London and Visiting Scientist at the Italian Institute of Technology (Genova). He is a leading researcher in the field of molecular epidemiology and his latest research focuses on environmental exposures and intermediate markers from ‑omic platforms in large epidemiological studies. He also investigates the effects of climate change on non-communicable diseases. Paolo Vineis is coordinator of the European Commission funded Exposomics (on air pollution) and Lifepath (H2020, on socio-economic inequalities and ageing) projects, both based on the development of omic technologies, and is a principal investigator or co-investigator of numerous international projects. He has more than 1000 publications in journals such as Nature, Science, Lancet, and Lancet Oncology. He is the author of “Health without Borders. Epidemics in the Era of Globalization”, Springer 2017.